Singing the Blues on Day Four 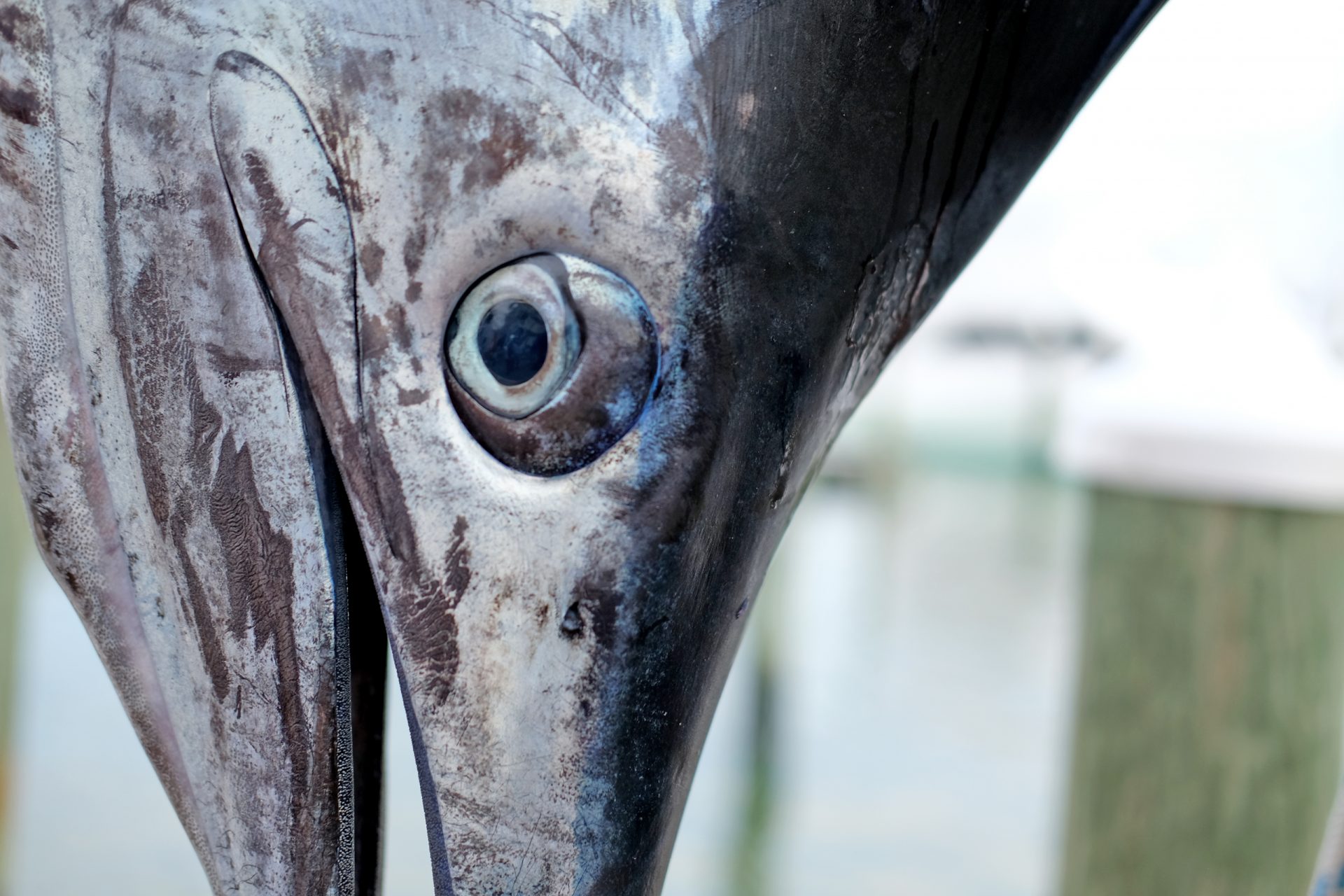 Singing the Blues on Day Four

The beautiful conditions offshore continued on Day Four of the 2022 MidAtlantic and as expected a large portion of the fleet, 146 boats to be exact between Cape May and Ocean City, headed offshore. The billfish bite continued to improve and although white marlin were found in better numbers, breaking the 69” and 65-pound minimum for the species to make the leaderboard continued to be difficult. Blue marlin were another story though as they continued to show in good numbers and several were weighed at both tournament venues causing major changes to the leaderboard.

Captain Mike Penza aboard his Oil Slick based out of North Palm Beach, Florida got the evening off to a fast start as moments after 5 p.m. he backed to the scales in Cape May. After the tape measure put the marlin at 118¼” the big blue was hoisted up and tipped the scale at 528 pounds for angler Tom Carroll and put Oil Slick temporarily into third place. Moments later, also in Cape May, Captain James Putzig backed the Lucky 7 owned by Key Largo, Florida’s Robert Boyce down the chute to the scale at Canyon Club Resort Marina with a big blue marlin in the cockpit angler Robert Boyce, Jr. had battled. The tape measure showed the length to be 119 7/8” and after being hoisted up the scale the weight of 619 pounds was announced and put Lucky 7 on top of the category and moved Oil Slick off the board. Christopher Kinsley of Seven Valleys, Pennsylvania is now in second place with his 607 ponder aboard Kilo Charlie. Michael Peet’s No Quarter based in New Castle, Delaware currently sits in third place with his 539 pounder. Several other impressive blue marlin were weighed on Day Four including a 494 pounder aboard the D.A. Sea of Grasonville, Maryland’s Ed Dunn for angler Mike Dent and a 474 pounder for Key Largo, Florida’s Rob Gothier aboard his Bar South where Rudy Espinosa was the angler. Jerry Murdoch’s Point Pleasant, New Jersey-based Endorfin weighed a 115” blue marlin of 461 pounds for angler Rich Kosztyu.

In the tuna category, Art Boykin of Berlin, Maryland moved into the lead with his Lucky Duck after weighing a big eye of 210 pounds for angler John Thornton. Bob Hugin’s The Right Place of Summit, New Jersey now holds second and third place with his big eyes that weighed 193 and 152 pounds.

In the wahoo division, John Gudelsky’s Reel Joy from Singer Island, Florida moved into second place today after weighing a 29 pounder. Michael Murray’s Caitlin from Brick, New Jersey holds onto first and third place with wahoos of 43 and 28 pounds.

The dolphin category re-set today as the new leader is now Fort Pierce, Florida’s Joseph Valentine aboard his Valentine with a 43 pounder. Billy Wrede of Randolph, New Jersey on his Lovin’ Life is now in second place with his 39 pounder. Todd Wigfield of Mount Pleasant, South Carolina aboard his Buddy Rowe weighed a dolphin of 31 pounds today and moved into third place in the category.

For further information contact Tournament Director Aaron Hoffman at 609-884-0177 or visit the tournament’s web site at www.themidatlantic.com where you’ll find all the facts, figures and information about this year’s event including a complete rundown of calcutta payouts, rules, points, and an event schedule. You’ll also find live feed of the nightly weigh-in sessions from Cape May and Ocean City each night from 5 p.m. to 9 p.m. Monday through Friday of tournament week. On social media follow the MidAtlantic on Facebook at The MidAtlantic Tournament; on Twitter @midatl and on Instagram @themidatlantictournament.

A Wild Day Three at the MidAtlantic!