Ya Gotta Be In It to Win It! 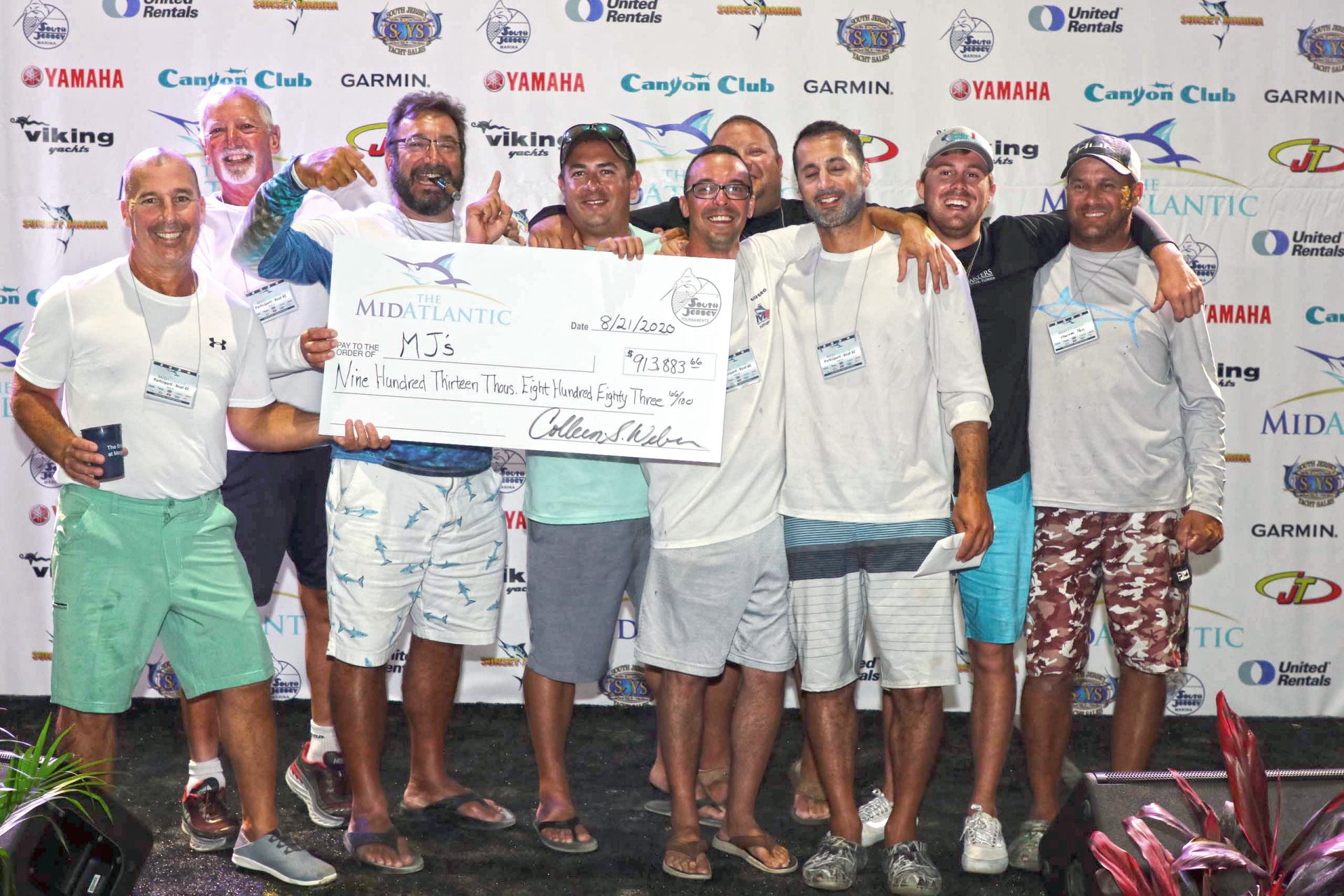 Ya Gotta Be In It to Win It!

They’re huge, both literally and figuratively. Cardboard replica checks presented to the winners at the MidAtlantic are treasured by recipients not only for the cash payouts and braggin’ rights they represent but also because they often find a special place temporarily aboard the boat and later in an office, business or special place in the winners home. Additionally, the numbers inscribed on them are often staggering and akin to hitting the lottery. With seven digit payouts possible it’s no wonder The MidAtlantic, now in its 31st year and set for August 21-26, draws such a stellar field of participants every year as each looks to become part of the tournament’s rich history.

With a projected cash purse that’s again likely to top $5 million this year The MidAtlantic features a payout structure that shares the wealth among the winners rather than focus on trying to award one huge check to a single winner. Last year’s event continued that philosophy as the top winners of the three major categories each received payouts of well over $1 million! As you may recall, Ocean City, Maryland’s Jon Duffie aboard his Billfisher was the big winner thanks to his tournament record and new Maryland state record blue marlin of 1132 pounds which won Billfisher’s crew a whopping crew $1,167,762! Anthony Martina of Middletown, Delaware also struck gold as his Sea Wolf banked $1,017,127 for an 82-pound white marlin which was the heaviest billfish in that category. Additionally, a brace of big eye tuna weighing 235 and 227 pounds scored a big check totaling $1,000,065 for Colts Neck, New Jersey’s Chip Caruso aboard his Pipedreamer. To further detail the prize money distribution, no less than six other participants received checks of $100,000 or more and five more received checks over $50,000! Worthy of note are the top payouts in the dolphin and wahoo categories. Often referred to as by-catch, how about a check of over $98 thousand for the heaviest dolphin two payouts of over $60 thousand for the two heaviest wahoo!

Those unfamiliar with the tournament’s prize structure often ask how is the event’s purse compiled. The MidAtlantic’s base entry fee is set at $3000 and covers all dockside dining, beverages and entertainment for the crew. The cash purse is tallied by a series of calcuttas, sidebets, which are sanctioned by the tournament. There are 11 to pick from and participants may enter any, all or none. Each carries an additional fee and obviously the more calcuttas a participant chooses to enter the larger the payout. Each calcutta also has a particular payout breakdown with some offering winner-take-all and others a certain percentage for the heaviest, second heaviest and third heaviest in a given category. There’s also a calcutta that’s unique to each anniversary year of The MidAtlantic. This year’s 31st Anniversary Mega Marlin Calcutta has an entry fee of $31 thousand to mirror the tournament’s 31st year and pays out to the heaviest and 2nd heaviest white marlin and blue marlin at 32% for heaviest and 18% for 2nd heaviest. With 11 calcuttas to choose from there’s one to fit any budget and skill level and while in some only white marlin, blue marlin and tuna are eligible, other include those three species as well as wahoo and dolphin. One particular calcutta is geared for owners of boats 50’ and under while a port specific Calcutta, one for Cape May and the other for Ocean City, for points tallied for white marlin and blue marlin releases is also available. It’s important to note that for any fish to qualify for these calcuttas it must meet the tournaments minimum length/weight requirement. A white marlin must measure at least 69” and weigh at least 65 pounds and a blue marlin must measure 102” and weigh at least 400 pounds. Both billfish species minimum length measurement is from the tip of the lower jaw to the fork of the tail. For a tuna to qualify, whether it be a big eye, yellowfin or true albacore, it must weigh at least 50 pounds. Additionally, any dolphin or wahoo must weigh at least 20 pounds to qualify.

As one can see there’s plenty of cash up for grabs at The MidAtlantic. In the previous 30 years this event has paid out nearly $61 million to hundreds of winners including a tournament record purse of over $5.9 million last year! The MidAtlantic was the world’s first million dollar marlin and tuna tournament right out of the gate back in 1992 and hasn’t looked back. The time to get in the field is now as tournament registration has been brisk. You don’t want to be left out of what has always been, boat for boat, the richest marlin and tuna tournament in the world! As they say, ya gotta be in it to win it!

For further information contact Tournament Director Aaron Hoffman at 609-884-0177 or visit the tournament’s web site at www.themidatlantic.com where you’ll find all the facts, figures and information about this year’s event including a complete rundown of calcutta payouts, rules, points, and an event schedule. On social media follow the MidAtlantic on Facebook at The MidAtlantic Tournament; on Twitter @midatl and on Instagram @themidatlantictournament.

It’s Time to get Dialed In