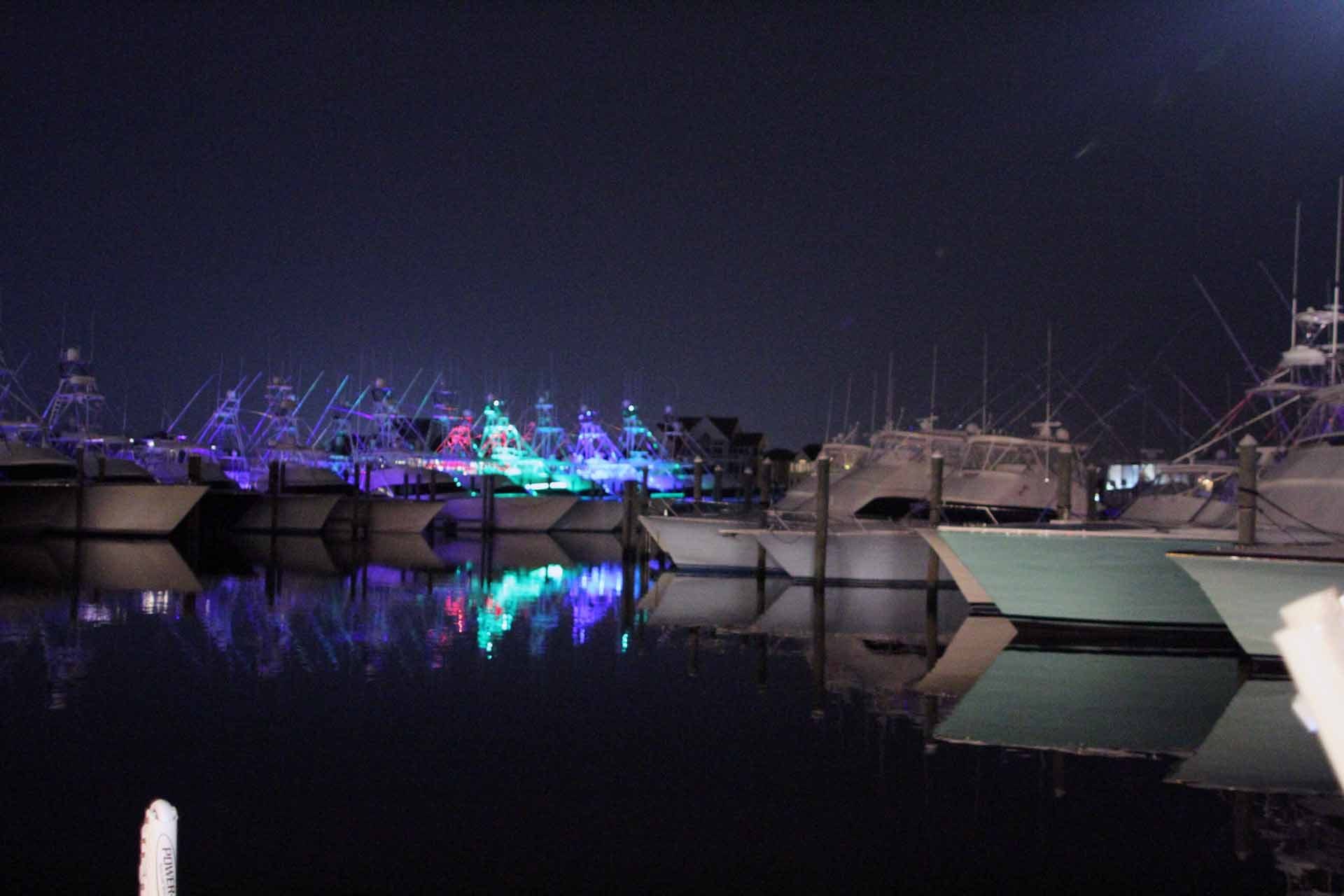 A brutal offshore weather forecast with 20-30 knot winds along the canyon region kept the entire 157 boat fleet entered in the 2018 MidAtlantic tournament tied to the dock on Day Three, a first for this event in its 27-year history. Conditions look much better for the remaining two days of the tournament and with several categories still wide open major changes to the leaderboard are indeed possible. Canyon Club Resort Marina in Cape May and Sunset Marina in Ocean City saw crews spending the day preparing for the final two days of the tournament and all were anxious to get back offshore with hopes the red hot billfish bite currently underway lasts at least through Friday, the final day of the tournament. Although today was a washout, Day One and Day Two combined have produced well over 400 billfish released including 387 white marlin and 16 blue marlin. Based on 44 boats fishing on Day One and 156 on Day Two, those totals already translate to over two billfish caught per-boat-per-day!

Going in to the final two days of the tournament John Phelan’s Special Situation from Palm Beach, Florida and Justin Branning’s 3’s Enough from Wall, New Jersey are still tied atop the leaderboard in the white marlin category as each have weighed 73-pounders. Andrew Hall of Chester, New Jersey is in third place with a 68-pound white marlin caught aboard his Lucky Linda Jean.

As noted above, no blue marlin have been weighed but with 16 released and reports of numerous others seen, fought and lost, don’t be surprised to see this category fill by the end of the week.

The big eye tuna bite on Day Two was impressive and look for that to continue when the fleet gets back at it on Day Four. Ed Dunn’s DA Sea from Grasonville, Maryland leads the category with a big eye of 116 pounds. Dunn is followed closely by Chad Jackson’s Toddy Time from Farmingdale, New York and

The wahoo category has Ed Zajdel of Ocean City, Maryland atop the leaderboard aboard his The Zipper and a 71-pounder. Joe Posillico’s Torta from Farmingdale, New York remains in second place with a 46-pounder. Third place remains vacant.

For further information contact Tournament Director Aaron Hoffman at 609-884-0177. Be sure to visit the tournament’s official web site at www.themidatlantic.com where you’ll find all the facts, figures and information about this year’s event including a complete rundown of calcutta payouts, rules, points and an event schedule. There’s also a link to purchase official tournament merchandise. Each night you can follow the weigh in session from both marinas via a link on the web site. You can also follow all the action on Facebook at The MidAtlantic Tournament; on Twitter; @midatl and on Instagram; @themidatlantictournament