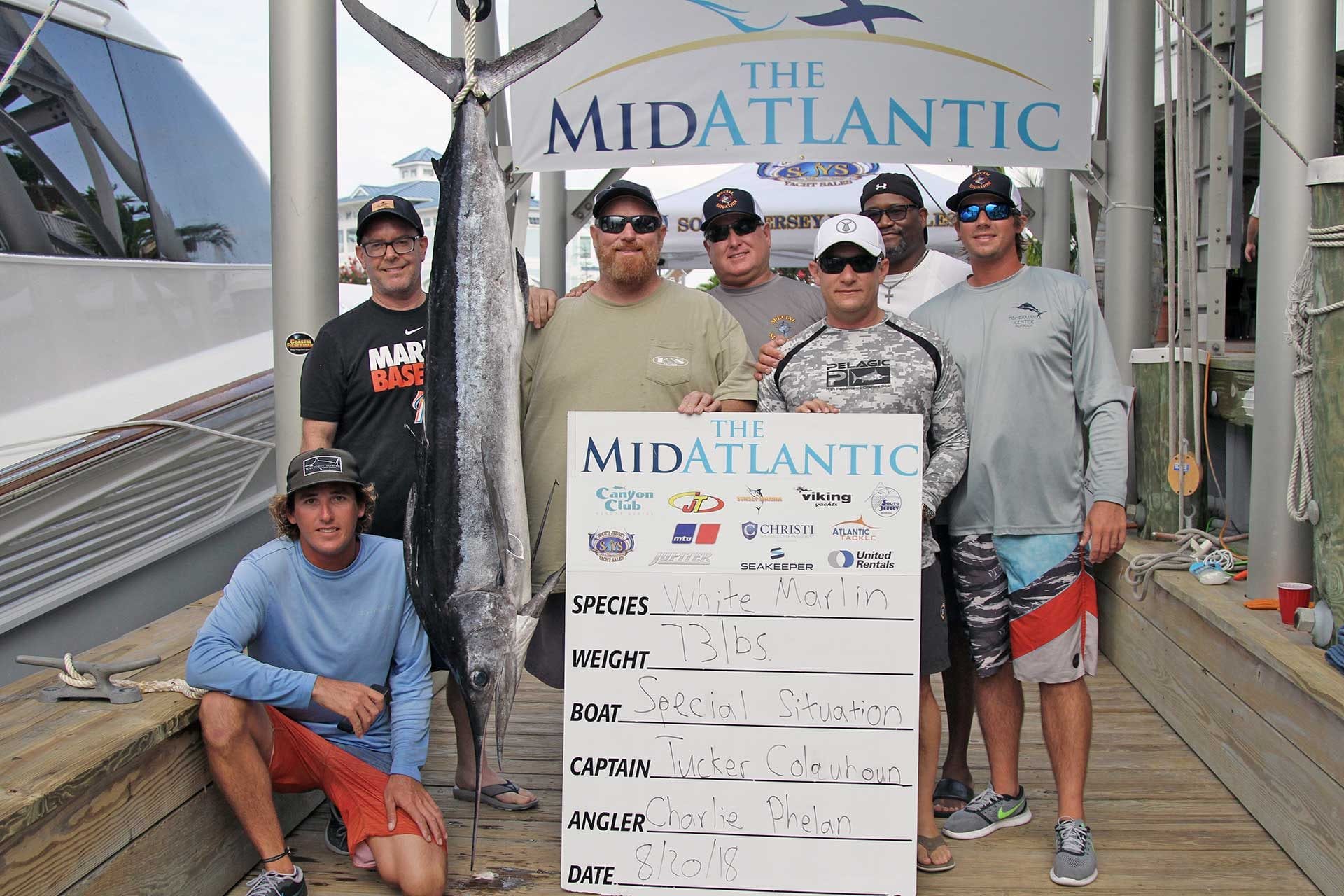 Day One of the 2018 MidAtlantic tournament dawned overcast and breezy though the inshore weather seemed to contradict the offshore forecast which was predicting much better conditions. The same weather forecast kept much of the tournament fleet tied to the docks on Day One though 44 boats headed offshore. The evening’s weigh-in session got off to and early start as Captain Tucker Colquhn wheeled John Phelan’s Special Situation from Palm Beach, Florida to the scales in Ocean City and got on the board with a 73-pound white marlin for angler Charlie Phelan. Captain Walter Ogden put Justin Branning’s 3’s Enough on the board after weighing a 73-pound white marlin for angler George Robinson to tie with Special Situation.

Captain Scott Walker put Ryan Carroll’s Ringleader from Dallas, Texas on the board in the dolphin category after weighing an 18-pound dolphin and John Denny’s Game Changer from Crofton, Maryland also got on the board with a 17-pounder

Registration was brisk on Sunday at Canyon Club Resort Marina in Cape May and Sunset Marina in Ocean City, Maryland and the tournament committee worked late into the night to tabulate the final total prize money and when all entries were tallied up a tournament record purse was set once again this year and $3,368,490 is up for grabs this week.